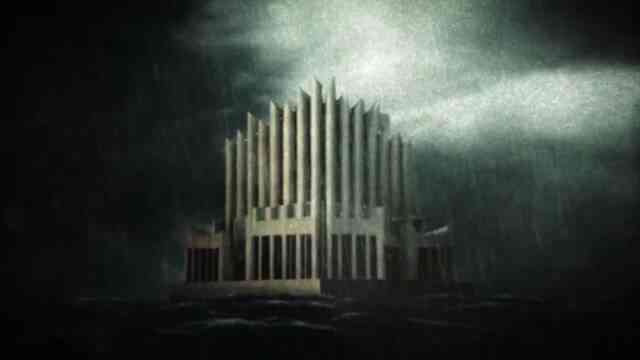 Yeah, yeah
We let it rock like a band (Rock), shooters pull up in a van (Rock)
I spin the block in a Lamb’ (Rock), know it’s all white like the Klan (Rock)
Yeah, the streets hot, get a tan (Tan), step on that boy, he a ant (Ant)
Wanna be me but he can’t (Bitch), we could play who’s Dirty Dan? (Gang)
Hop out the foreign with Glock in my hand, got that rock in my sock, I’ma hit me a bop (Woo)
Lame ass nigga act like he wan’ rob, let this shit rock like a muhfuckin’ band (Rock)
What you gon’ say, you wan’ play with the drum, rock out gang, keep drum sticks (Sticks)
I’m a big dog, you niggas some pups, make that boy roll over and sit (Sit)
Pop out with the gang, you know that it’s lit, pull up with the mob, you know that we thick
Came from the trenches, as real as it get, pourin’ up dirty, it’s muddy as shit
Woke up this morning, was fuckin’ your bitch, we from ‘burbs, we from the bricks
We hit the gym, we hit the lick, he hit the puff, I hit the spliff
I’m in the Lamb’, he in the Lyft (Damn), he’s a ho, I am the gift (Damn)
High in the jet, he high in a blimp, real deal stepper, that nigga a simp
He think he a pimp, but he a trick, she get on the dick and she doin’ some tricks
Choppa to your face, pop it like a zit, coppers in the place, now I gotta dip
See the stars, double R in this bitch, spaceship, go to Mars in this bitch
Big blood, blue hundreds like a crip, big bird, real deal, fly as shit (Ah)

Dogs with me, I’ll make ’em sick (Grrr)
Lambo’ it cost a grip (Skrrt)
Call a aid, gon’ make ’em sick (Skrrt, skrrt)
R.I.P. a nigga off the rip (Skrrt)
Five hundred K off a trip
Nine hundred K off a flip (Yeah, yeah)
Nine million dollars off of splifs, made that in 2012 (Sosa baby)
More money like Israel (Huh?)
Gold statues in the crib (Huh?)
Chief Sosa can’t like for real, hit your block (Skrrt)
You can’t make a seal (Dududuh)
God told me to give ’em hell (Huh?)
If it’s smoke, nigga, ring the bell (Go, go, go)
On FaceTime, couldn’t even tell
Sendin’ shells like Google Mail (Grrah)
In jail, I got bookoo mill (Huh?)
Beat your block like two-three-twelve (Skrrt)
What you smokin’? Got a dookie smell
I could show you how the Tookie smell (Dope)
Nine million dollars off the lean (Huh?)
Flashlight on top the bean (Skrrt)
Cherry ‘cat, light toppings some cream (Skrrt)
He in the trap on top of a fiend (Dududuh)
Muhammad Ali, bob and weave
Make it hot, now we weavin’ the scene (Skrrt, skrrt, skrrt)
Justin Bieber on me, he would’ve sung (Skrrt)
Nigga tweak, now I’m makin’ him sing (Skrrt)