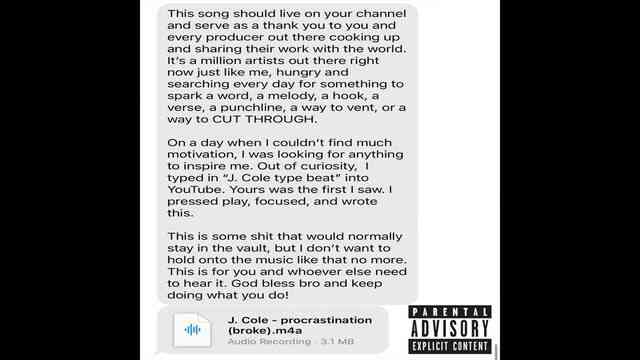 Uh, don’t you dare run from it
There’s no boogie man, it ain’t comin’ to hurt you
I think acceptance is somewhat of a virtue
To look your truth dead in the face without tryna escape the regret of disgrace
I write these words aimlessly
But not without hope that somehow I’ll stumble on somethin’ that’s dope
A clever lil’ line, a thought to provoke
Myself and that listener diggin’ for quotes, hеllo
I don’t even know if somebody gon’ hеar this
Got so many songs that get lost in the endless folders of the hard drive (Bvtman)
I wish I was more fearless
‘Cause I’ll just say “fuck it” and dump all the music for niggas that hate it
And niggas that use it as fuel to push them through long nights at school
Writin’ that last minute paper for class that’s due in the mornin’
And I still relate to that procrastination for tasks
‘Cause I need to finish this album
But, hell, how many more times can I send this wooden pale down
In that bale and pull it back up with the hope that it’s filled?
Plus, it don’t help that I’m rich now
So that means that I don’t gotta deal with stress of these creditors
Callin’ my cellular like that young rapper that don’t got a deal (Bvtman)
But do got the skill and do got the will to make it
No matter how long that it takes for labels to see you
Or a song that’ll break and the rest of the world to get shown that it’s great, uh
How do you tap in to hunger when you don’t got wonder
’bout when your next meal is comin’ from?
Maybe you feel my conundrum
Or maybe the real is um, so, um
Far removed from the struggles of everyday folks
My shit just ain’t never gon’ hit like it hit
when a nigga was a lil’ more closer to broke (Broke)
Uh, but fuck it, the challenge be havin’ me stoked
Throwin’ the towel, man you gotta be jokin’
I push my salary up with these quotes (Bvtman)
Now, I push the Lambo’ truck down in the ‘Ville
Hopin’ I connect with somethin’ that’s real
Part of me wonders why I’m even still (Still)
Uh, holdin’ on to this place
My momma been gone and my partners is straight, right? (Right)
(Bvtman)