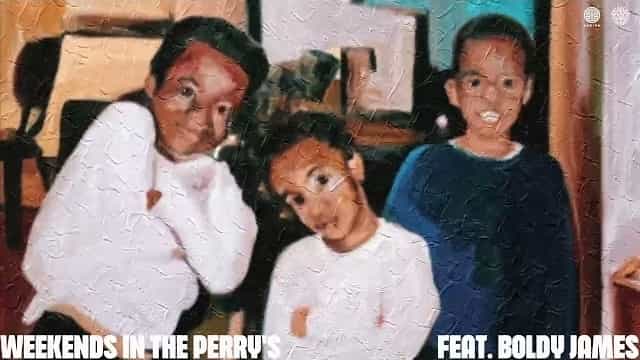 Weekends in the Perry’s Song Details:

Weekends in the Perry’s Lyrics

Yo, word to every block in my city, they heard I got it
And my track record certainly show I deserve the homage
And they refer to my shit like Malcolm X, words of knowledge
Cookin’ coke, burnin’ product was only a learnin’ process
Steppin’ on a brick of fentanyl before you heard about it
And my phone used to ring so much you get nervous ’round me
Cut ties with the game, the same shit that certified me
All my clientele gone, miss the customer service by me
Yeah, they just like me, all my pie flippers
Ties to Virginia like Teddy Riley, since rap I been treadin’ lighty
They mad I’m back rappin’ ’bout dope again, never mind me
The pressure from my pen made them rap a lil’ better, finally
They crooked, bendin’ the rules, rappers I considered them cool
But when you talkin’ most authentic, then who gon’ fit in my shoes?
I’m livin’ my truth, sky is the only limit I knew
From drug dealin’ to music, I mean, what didn’t I do?
Who didn’t I put on? Took Ls and then I regroup
On a shoestring budget, I showed them what I could do
Ask Jake and ask Cap ’bout the bosses that I produced
I’m West best investment, but that’s between me and you (Ah)

Had to quit blazin’ cigarettes (Uh huh)
Was two-timin’ my dame, I’m a bigamist
But the gang half of the blame, I live with regret (Yeah), my brain a bit of a wreck
All this stress and strain left it disconnect (Woah)
Cheffin’ up all the ‘caine in that kitchenette (Skrrt)
Acquainted with big as X who filthied up my name just to split a check (Whatever)
Feel like I been betrayed by my silhouette (Yeah), mistakes was made to correct
How I deal with the fame made me get upset (Ayy)
Treated the same way that I lived with death, shit weighin’ a nigga down
Refrainin’ from different stages of self-neglect
Give me chills in my veins, takin’ whatever’s left (Woah, cold)
From everything that was tooken in blatant disrespect
For good, better, best, wouldn’t trade it for less (Whatever)
Took everything that came with it, and that came with a check (Big money)
But yet and still a nigga rich off pain and depressed
Chasin’ a letterhead, ain’t got a case to catch
David Blaine with the press, tame the dog and made it fetch
What else?

“Weekends in the Perry’s” Music Video