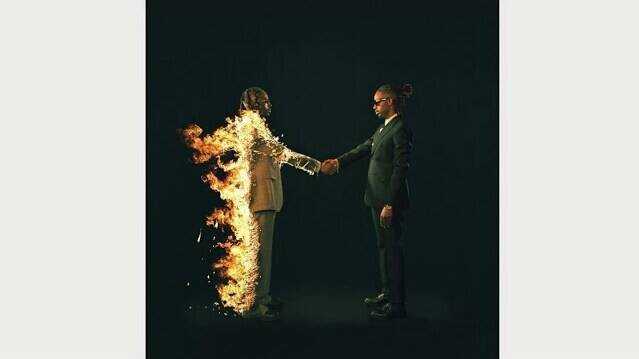 Uh-Uh-Uh
Uh-Uh
Uh-Uh-, Yeah, Yeah
Did you forget? Do it for life
Chicago that time, All bullsh!t aside
Wonderful vibe, Wonderful night (Uh-Uh-Uh)
Did it with tribe
All I can hear is you and I
Up in this club, Bumping and grind
Who made it flood? You see the signs (Sign)
Signs, Signs, Signs (Yeah-Eah-Eah)

Take off the top, Baby let’s ride
I’m with my dogs, I pick the side
She want the box, The one on the tribe
The one on the tribe, Yeah (All in a trance, It’s giving us)
Arm out the window, Just throw it when we ride
I bent the corner, Straight the wheel and the tires (Woo)
Put twenty h0es on a boat ’til they tired
Everybody on (On)
You know you need me, My n!gga
Just keep this sh!t real, Don’t you cry what you saw (Need)
Who else fu*k up the city like us?
When it rain, It’s a thunderstorm (Thunderstorm)
I party at Shabba in New York and LA
Where they keep on going to the don (Shabba)
Two hundred K what I’m on (Two hun’)
She l!cking all down my chest (Down my, Down my chest)
I told her, “I ain’t Slime, Babe, Call me SEX”, Yeah
(No Slime, Just call me SEX)
It ain’t no d0pe where I put these racks at, Yeah
(Ain’t no d0pe where I put these racks)
If you my ho, I call you s*xy, Yeah
God damn, Lay sh!t so bad, It’s dangerous (Dangerous)
I backed out of the knot she tried to tangle up (Uhh)
She got Paris manners and it’s so dangerous (Dangerous)