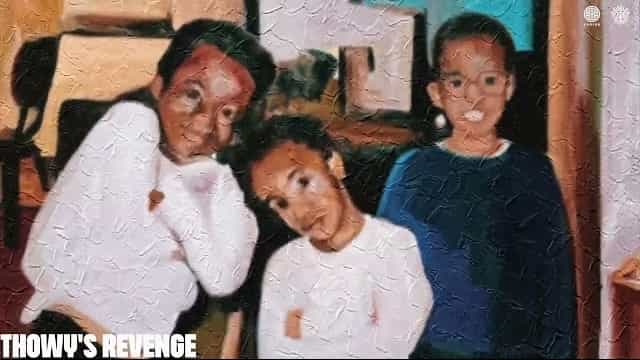 Discussin’ business with the gang, nigga
I be fuckin’ bitches in my chain (Nigga)
A couple killers I got tamed, nigga
Know the fundamentals of the game
I’m up on niggas, you ain’t fuckin’ with us so enough of jumpin’ in my lane (Stop)
I went from hustlin’ to the stage when West put me up a level in the game, nigga
Real brick talk, leave the Benz parked
I kicked her out and made the bitch walk
What you charge? Benny feature costs twеnty
That just mean you niggas ten short
I was sick of sittin’ in court
Judge a whitе devil with a pitchfork
Used to have to call a cab ’round, now a nigga only drive imports
Respect is something I can’t earn for you
But loyalty I can return to you
‘Cause you was there when it was turmoil
A nigga still can get burned for you
If I’m around I could learn from you
Or I got a genuine concern for you
Put your homie on, he turn on you
No talkin’, we purge on you
This not for the camera, I fucked her over a banister
Only a gangsta could handle her
I really trapped all night, stamina
Survivin’ off Dutches and sandwiches
You throw a party, my shooters come cancel it (Brrrt)
My label gon’ cover the damages
Say I’m the best, it never go to my head but they at my shows all chantin’ it

In four years, built the foundation
While these hatin’ niggas sat around waitin’
Tryna do what me and Al makin’
Who knew the sound would take us somewhere ground breakin’
I could let you niggas have that style, take it (Go ‘head)
I’ll switch it up, I had a style waitin’ (Haha)
Up a level, never downgradin’
Got it locked down like a child safety lock
Back home, I’m like Warren Buffet
On MLK with Inf all summers
Made it out the hood with no problem
With no father and a poor mother
I was raised in a dope house, we had sticks in it like we’re storing lumber
Next, I’m doing Martha Stewart numbers
Cook a chicken like I took a course from her (Uh)
Opps wanna put a fork in ya (Yeah)
Hoes want child support from ya (I know)
Rich niggas that’s Porsche lovers on cell blocks wearin’ orange jumpers
I started from nothin’
Fans choosy ’bout the artists I fuck with
Too successful for ’em all of a sudden
They gon’ blame it all on all of this money