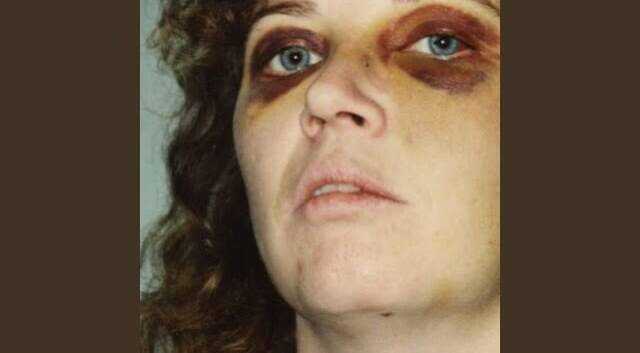 Buckhead Lyrics by $UICIDEBOY$ & Germ is a brand new English song from DIRTIESTNASTIEST$UICIDE (2022) album. Buckhead Lyrics are written by Aristos Petrou, Scott Arceneaux Jr. & Germ while the song is produced by Budd Dwyer.

Rolling with them animals like Noah’s Ark (Wah)
B!tch I got the blade like I’m Joan of Arc (Yah)
Crazy with the chop when I’m off a bar (Ayy)
Spraying in the air hollering kill em all (Wah)
Sl!ck baby off of that sh!t (Ah)
Devil from outta that pit (Ah)
Levels to this I been sick (Ah)
Fu*k it up, Up in the pit (Ah)
Yea uh I been popping pills and sipping drop
(Northside, Northside, Northside)
I spent 20 years up on that block
(Northside, Northside)
Beating on my chest I feel like Kong
(Northside, Northside)
Lemme talk my sh!t it’s been too long
(Northside, Northside) (Ayy)
(Rrrgh)
Plugged in like a socket (Wah)
Up in space like a rocket (Yeah)
Glock tucked in my pocket (Ah)
Choppa here it got bodies (Wah)
Bought that b!tch a new body (Yeah)
Crib came with a lobby (Ayy)
Rappers know I’m their papi (Wah)
(Waaaah)
Sipping drank and rolling slow my b!tch powder her nose
(On her nose)
Haters mad and want me sad but my net worth said no
(No, No, No, No)
Mad cuz they still broke (Wah)
Mad I kicked that dope (Dope)
Ten toes germ my folk (Folk)
It’s your time gang go (Go, Go, Go)

First off I’m that n!gga
Step in take my picture (Ayy)
Grey Five Nine the army
Walking deadman b!tch this thriller (Ayy)
I been ducked and ducking, Puffin onions
B!tches stank ain’t munching nothing
I been around still can’t call it for nothing
These n!ggas still bluffing and these zooties I’m puffin
Started off giving no fu*ks a lot (Nah)
Watch me hop in and out keeping it hot (Hot)
Rocks in the dial bussing Kodak bop (Bop)
Get higher than the moon and stars a lot (A lot)
Stones and the rubies they bussing like fye
Crosshairs on my mind can’t seem to take me out
Hold up she on my line gimme some time
I can’t get away, No time to unwind
Hello?
Sliding, I’m in my own lane (Lane)
Sliding in and out of dames (Sliding)
Never needed fame (Sliding)
You ain’t even paid (Sliding)
Still don’t hold weight
Another homicide, Another homie died
Another subject you couldn’t relate too
I been out roaming long time losing my mind
I think I just had me a breakthrough, Hate you
Five nine, Bring da business
59 shots my ammunition (Yeah)
Five nine, We draped in linen
Five nine, Might toss you some Pennie’s (Yeah)

Never looking back (Yeah)
Do my best to cover my tracks (Yeah)
Feeding the monkey that’s climbing my spine
And in return my itches always get scratched (Uh)
Never again have to wait in a line
But I wait for the lines to get formed out the sack (Oh?)
Fu*king a different b!tch every night (Uh)
But I’d rather get fu*ked up and pass out
Platinum plaques (Oh), Stadiums packed (Oh)
Stacking up racks (Oh), Hoes on my lap (Oh)
Don’t give a fu*k I need to know where my stash at (Oh, Oh, Oh, Oh)
Losing my mind (Ohh)
Wasting my time (Ohh)
Ain’t doing fine (Ohh)
Hating my life (Ooh!)
Ah, Fu*k
Wear my heart on my sleeve but it ain’t Balenciaga
Prolly FTP or G59 or something by Ariaga (Yeah, Yeah)
Bought some Prada boots just to curb stomp me a pu$$y (Stomp me a pu$$y?)
Why they always looking at me?
‘Cause they see what they never could be (Haha, Hah, Ha)
Oddy Nuff stay on alert
Yeah she pulling up her skirt, And then I skirt
Avoid the swell but I still fu*king surf (Uh)