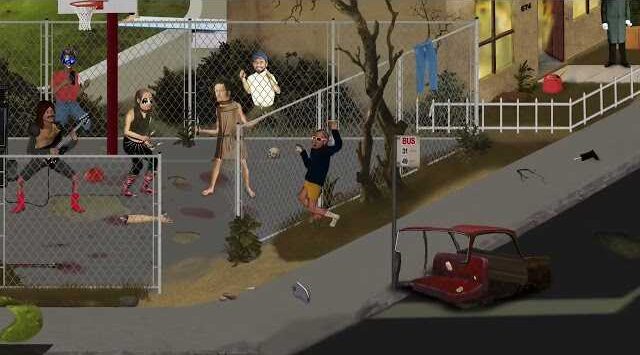 Sorry, keep going
Yeah, all together
I just want my
I’m in a different vehicle
I got you guys, I got you
I got it
A Big Mac and a ten-piece Chicken Nuggets
Sheesh, he’s hungry, he’s hungry
I see the vision
I been seeing the vision
Yo

I miss the band already
Fuck that, I miss my old man already
The kids broke up the band already
So this one right here for the fans, already
ROADRUNNER sessions was a blessing
Russell healing, I was sober
Doing keto, I was tryna focus
My mind stronger, in the studio longer
But deep down, I was still a coward
BUZZCUT, rerecording it for hours
‘Til I had that verse feeling rowdy
Took out that line about niggas tryna cancеl me
Protect my brothers, fuck that plan that I had for mе
I know I got it in me
So I played the game, he won the game, that’s filthy
Derek and Brian, they was tryna convince me
That “COUNT ON ME” was the one to make us a billi’
But really, I wanted something that felt more real
But still be a popstar
Without making radio songs
And no TikTok bangers
My dreads hang, I grew up on Lil Wayne, bitch
We all tired of hearing all the same shit
I hear you talking, we don’t speak the same language
We ain’t make the trilogy for a playerlist
I wish I knew the day that we signed that it would change shit
TECH DIFF the last one to feel true
And baby boy, you know, these issues ain’t new
What would you do if you had that house with a pool?
Me and Jabari had a fight that changed our relationship
When you yelling at your brothers, it gets dangerous
I don’t think our love’s ever been the same since
Now I only yell at God and my therapist
Now I only yell at God, I lost my therapist
Right? Did I do that right?
Honestly, there were issues before ROADRUNNER
Iridescence, I wasn’t really there for my brothers
Barely present, more focused on bad relationships
It was good for my image, I got lost in it
That’s when I first started drinking, lost my hunger, man
When you make it, it feels like the longest summer, man
Went from wondering to struggling
Thank God, y’all was down to be patient, man
Ended up on so many different stages, man
Brought the whole family with us when we hit Japan
We gained a friend just to get used to losing ’em, feel like I lost a limb
Niggas mad Ameer and me started talking again
I guess that’s why I ain’t seen niggas from the group like
I wish one of you niggas would just call me, man
We was an army, man, remember the plans we had?
Remember when rehearsals ain’t go by so fast?
Remember when touring ain’t revolve around cash?
But I can’t even blame you ’cause my mama need the bag
And your daddy need the bag, this shit ain’t gotta be so sad
I wouldn’t take nothin’ back even if I could rewrite the past
Joba, you the most musical motherfucker
Matt, I know you a perfectionist but now you free
Dom, ain’t nobody fucking with you lyrically
Merlyn, can’t nobody match this nigga’s energy
Bari, the world ’bout to see who you finna be
Ciaran, you brought the truth out of me
I was living in a fantasy
The next chapter is everything that we said it would be
This next chapter is everything that we wanted it to be
The show’s over, get out your seats
You might also like
The Ending
BROCKHAMPTON
BLEACH
BROCKHAMPTON
Rich Flex
Drake & 21 Savage

Get out your seats
Get up, get the fuck up, let’s go
Get out your seats, move, the show is over
Let’s go
No, no, no, it’s solo time, nigga
Solo
Hahaha
After all that we’ve been through
Breaking up is hard to do
I hate to leave you behind
But I can’t go on living this lie
I just want to live a life that’s real
So what I do won’t hurt no one but me
I got a feeling that I can’t control
And I can’t fake it anymore