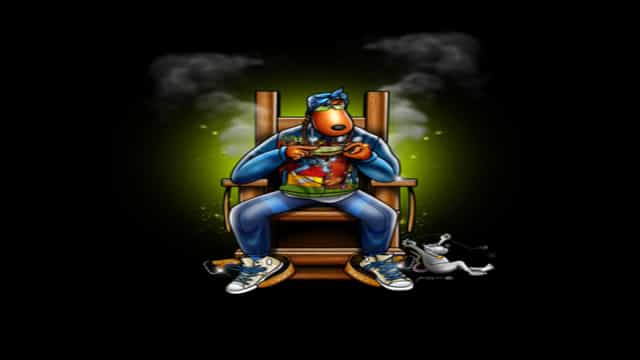 Jersey In The Rafters Song Details:

Jersey In The Rafters Lyrics

Ayo, Dogg, what’s happenin’ with motherfuckin’ hip-hop, man?
Give us some lyrics, cuh
Some of that real hip-hop, you know what I’m talkin’ ’bout?
Boy, you lost it, nigga

It was him (Who?) then me (Who?) and no one after
So I blazed my trail and wrote my own chapters
Stomped down pterodactical raptors
Game’s sustained, my new jersey’s in the rafters

Statisticians, they keep up with it
No sleep ’til they get it
And once they got it, they count it
So I learned how to dismount it
My landing was perfect
A man with a purpose
I learned to resurface
A boss but no workers
While you’re sleepin’, I’m lurkin’
I’m shifty at fifty, I keep the work and I’m workin’
Big Snoop D-O-double-G
Yеllow like bumblebee
Mellow likе R&B
Your bitches keep followin’ me
I’m right where I oughta be
Plottin’ my pottery
I’m watchin’ my calories
Rechargin’ my batteries
A ticket up front? That’s my usual salary
They imitatin’ my style, shit, I call it flattery
I’m here forever, nigga, and that’s just what that’ll be
Look it up, hook it up
Charge it to the game until you book it up
Take a picture, nigga, look at us
Hit-Boy and Snoop Dogg in the kitchen, nigga, cookin’ up

Ayy, Dogg, get on the phone with Dre, tell Dre call Interscope,
tell them niggas run me my shit or else, nigga

The Game’s to be sold, Blood, not to be told, Blood
The chronic get broke down, Backwoods get rolled up
Yup, fifty Bloods when I showed up
What’s beef? Chopper turnin’ niggas into cold cuts
Snoop told me, “Show love,” but niggas ain’t deserve it
I’ma talk my shit like I’m the next rapper murdered
Red sedan swervin’ with the Peter Pan workin’
Hand-to-hand serve ’em right outside of Tam Burgers
Bullets ain’t got no names, my fully quick to aim
I bully niggas for change, I pulled in to rip the strings
Puppet master, F&N’s got ’em duckin’ faster
Aftermath, you niggas know it ain’t nothin’ after
I can’t chill ’til I see a hundred mil’
Hop off a PJ in Aruba with a blunt and chill
My old apartment still in action, water runnin’ still
And if I can’t kill you, these L.A. summers will

It was him then me and no one after
So I blazed my trail and wrote my own chapters
Stomped down pterodactical raptors
Game’s sustained, my new jersey’s in the rafters (Nigga)

Jersey In The Rafters Music Video